You’ve probably heard – or maybe you’ve already discovered – that babies don’t sleep like we do especially newborns. Actually newborns sleep a lot. It’s just that their schedule is sometimes a little ‘different.’

One reason for this is that babies are designed to refuel often. They need to feed at night for awhile. But it also just takes babies awhile to settle into a sleep schedule like that of an older child.

The first thing to understand is that there are huge variations in how much babies sleep and how often they wake up. You might have heard of so-and-so’s baby who slept through the night at six weeks. Yeah, it happens but not very often. Honestly, expect to have disturbed nights for months, not weeks.

The other thing to know is that babies’ sleep patterns change too. So-and-so’s baby who slept through the night might suddenly start waking up.

Having a baby wake at night is not much fun. The key is to find a way to cope with it. One way is to get rest at other times.

Take turns sleeping in. Take turns having naps, when you’re home. That way at least one of you is rested at any given time.

One piece of advice that is often given to new mothers is, “Sleep when the baby sleeps.” It’s good advice, when you’re home anyway.

Here are two thoughts to tuck away in the back of your head. If you’re up in the middle of the night with your little one, you can be sure,
a) that you’re not the only one
b) it won’t last forever 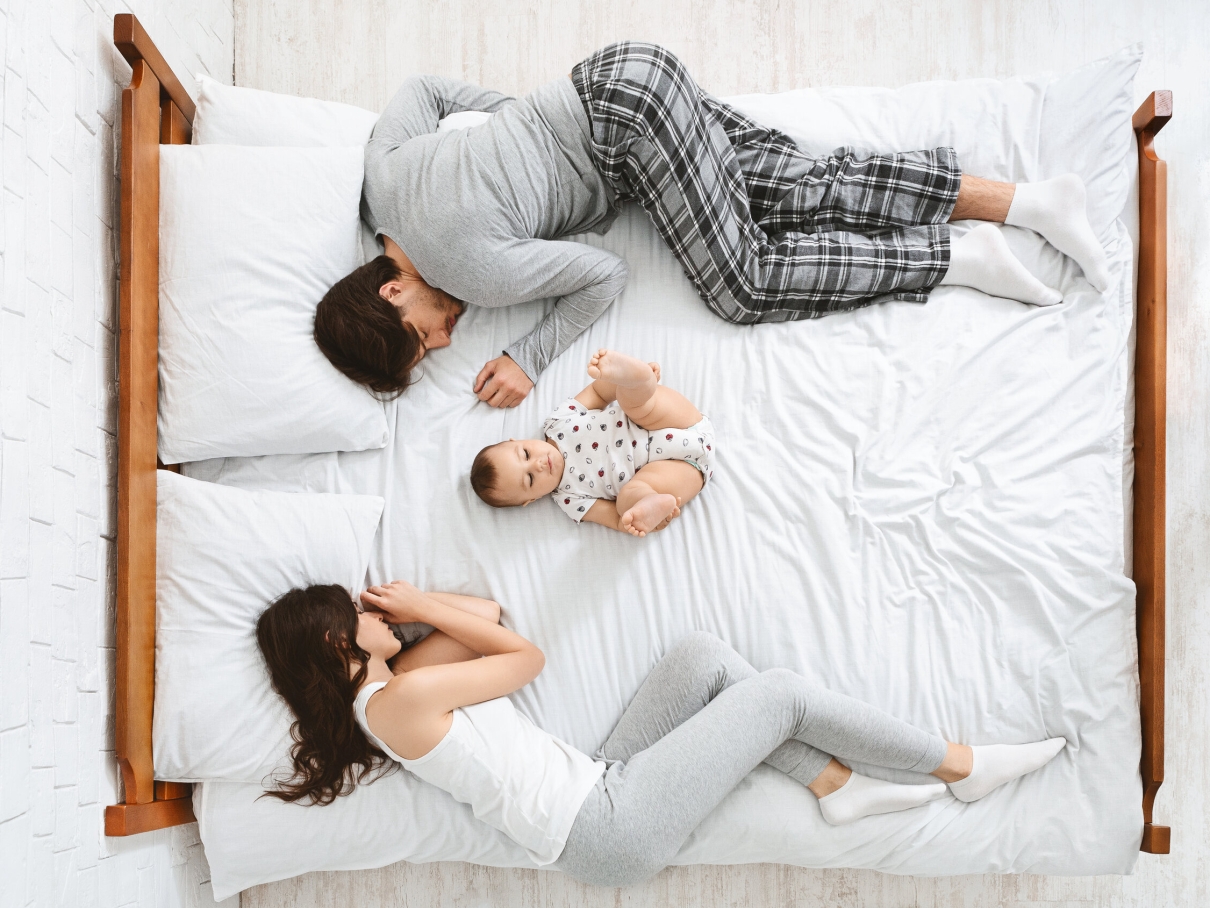 The short answer is, Yes, but not for a little while and, in the short run…